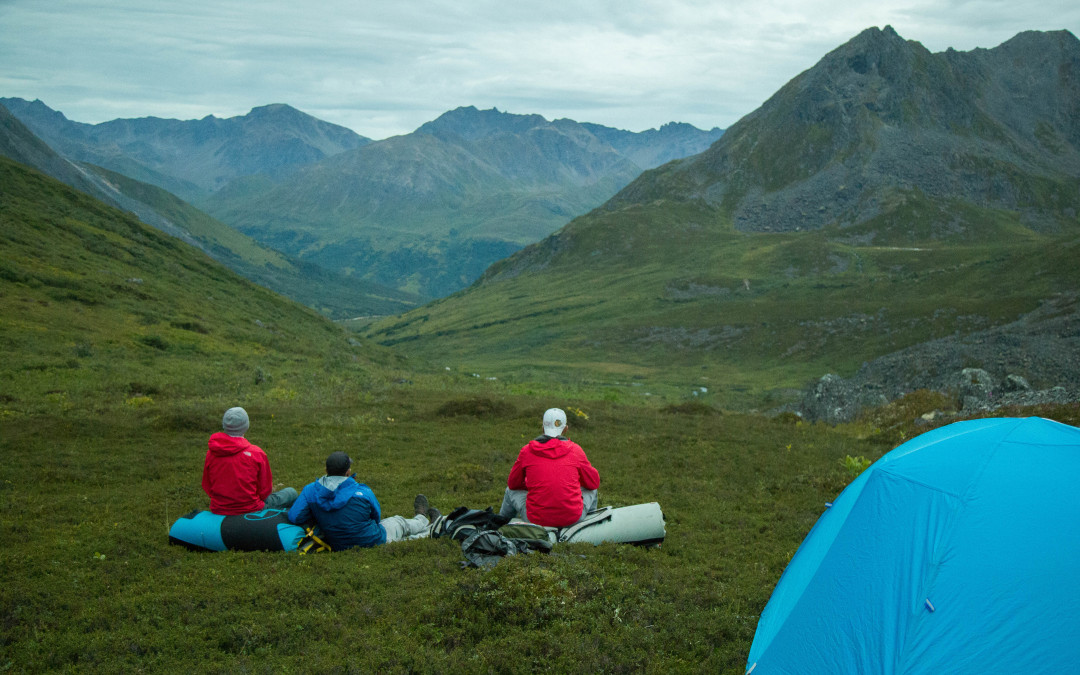 Its been some time since I’ve sat down and taken the time to do much writing. This is a good sign and a bad one I think…

It is good in that I have been way to busy with all sorts of great things, but it means some important things are slipping through the cracks.

So with the dawn of a new year coming upon us, here is a high-lights reel of what has kept me so busy in the last 12 months. 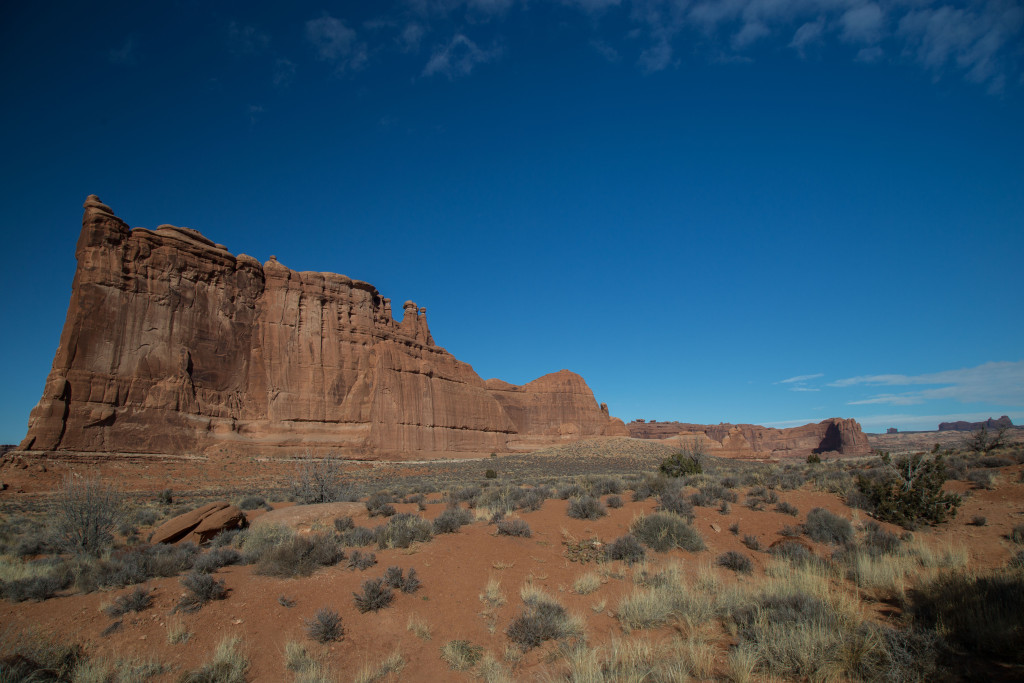 After a Christmas bouldering trip to Bishop, CA., was cancelled I headed for Utah on a solo run to explore some of the most incredible natural structures in North America. Arches, Zion, Capitol Reef and Bryce Canyon National Parks all made the tick list. I encountered the worst snow storm I have ever driven through, and made two incredible new friends. Moab was too cold and snow covered to get much bouldering in, Joe’s Valley, same thing.

I started off the new year in Salt Lake City, with a beautiful hike in the Wasatch Mountains to Sundial peak in time for sunrise – What a way to start a year.

This venture was inspired by my new acquisition just in time for last Christmas – A new Canon 6D w/24mm-105mm F4. It needed a proper initiation! 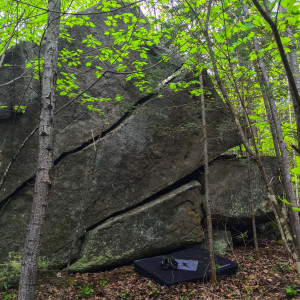 I headed across country for a week off at the end of May to go home and recharge, visit family, and scope out some sneaky boulders around the area. Talk about worth while!

I grew up in the bush. 17ish acres backing on to crowned, and more private bush land. This was my playground. And at the back of this playground was something that waited a very long time for me to properly discover and appreciate! Three beautiful boulders nestled in the trees just waiting to be loved. I got to work, along with my army of mosquito and started cleaning. 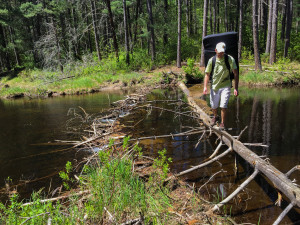 ext, I spent a day out with Kyle Jessup scouting a rumored boulder field tucked back in the woods below a seldom used sport crag near Round Lake, Ontario. We were not disappointed. After a long haul around the lake and some bush whacking (as the old beaver dam/”bridge” was now washed out) we found the trail and were greeted by at least a dozen big, gritty boulders right away. Many more lay farther into the woods and have yet to be cleaned or worked at all. It was a great day for establishing a few problems and scouting out next seasons battle plan.

Ontario wrapped up in Ottawa, where I visited my brother and sister in-law, and their (at the time) 5 week old baby. Well, obviously the only appropriate thing to do was to take my new nephew to Gatineau Park and go hunt some local rock!

Staggering my time off for Canada day, and maximizing the week was a bit of a task. Still working in Oil & Gas at that point made things tricky – They weren’t fond of us taking copious amounts of time off it seemed. Non-the-less, I did! You may have read my post on Rockbound Lake from this past summer, if not, please do! 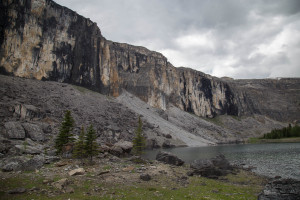 After a relaxed evening climbing at the Sunshine slabs, near Sunshine Village, Banff, we made a late camp near Castle mountain, and prepped for the next day’s trek. It started with a 3 hour, 8.5Km (5mile), uphill trek to an alpine lake where there was rumored to be some amazing untapped boulders. Somehow I managed to convince a few unsuspecting climbing friends to join me on this ridiculous hunt, hauling three crash pads up to the lake. We were anything but disappointed on this trip! After a wicked storm the night before, the weather flipped and gave us amazing conditions and dry rock.

I will definitely be heading back here in the new year! 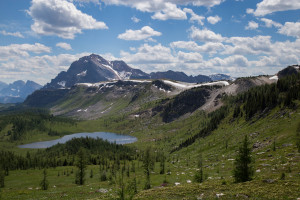 nd Lake, I took a half day rest, reloaded the truck and headed back to Sunshine. Joined by my friend Jewel, we set off up Healy Pass for Egypt Lake. It was a late start in the day, perhaps slightly too ambitious, as my hips were still pretty angry at me for the 17km round trip with my loaded crash pad not even two days earlier. Never-the-less, we reached our backcountry campground just after dark, and had been rewarded for our efforts by an amazing display over the Pass and Sunshine meadows as the full moon crept up behind us.

We were greeted by a beautiful morning by the glacier fed lake, and took our time making the return home. It was a whirl-wind trip, but so worth the efforts. 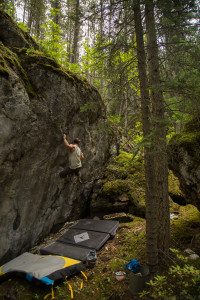 The remainder of the weekend was spent at Cathedral Boulders, just outside Field, BC. I was joined by Rich Normand – one of my favorite climbing partners and shooting subjects – to explore a little deeper into the sloping boulder fields than we had gone before.

I love those days when the guide book gets left in the truck and you just walk, and climb, and explore, and climb something else. Some of my favorite climbs have been stumbled onto that way. No one cares about the grade, but if the line looks cool, we try it.

Cathedral is over 2 hours drive from Calgary, and doesn’t see much traffic on a regular basis. I managed to put in 5 days in these boulders this past year, which is huge, as there is a lot of quality rock between here and there. I love this place, and find it to be one of the best training grounds for me, and where I climb my hardest in the Rockies.

A Season of Prep and Training

In January I booked our flights and started preparing for AlaskaBound2015 – our August bouldering expedition – to head back up north to explore the depths of Alaska’s Hatcher Pass in greater detail. This trip became the epicenter of my life for months, I was obsessed, in all the best ways.

Not only did it have me prepping logistics for the three of us – myself, roommate Clint McCarthy and long-time friend Kyle Jessup – at different points across the counrty, but it gave me a new fire to train harder, eat smarter and really dig deep. 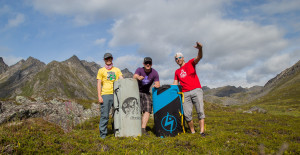 My strongest and best two weeks of climbing. Ever.

I sent 2 out of 3 of my projects in Hatcher; sent my first V4 on-sight; repeated my previous hardest problem (V4) sent at Big Choss, Alberta, just before departing for Alaska; and returned from Alaska to send my first clean lead on an 11a at Steve Canyon, Canmore, Alberta.

The prep for Alaska didn’t leave me much time for sport this summer, but averaging 3 days a week on boulders outdoors left me nothing to complain about…

But Alaska wasn’t just boulders and climbing! We had 6 epic days in the Denali wilderness, exploring the backcountry. Our objective was the base of Denali, and we came so close. Glaciers, grizzlies and gushing rains dished out some of the wildest weather and gave us a fight we wouldn’t forget.

Alaska left me amped – refreshed, recharged, generally stoked on life, climbing and adventure. I came home with new goals, new dreams and ideas, and what finally felt like the ‘oomph’ to make it all go down. 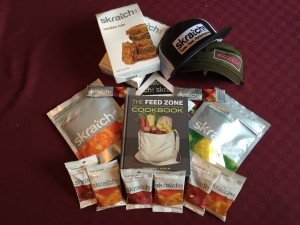 In September, using a photo from our Alaska trip, I won a photo contest with Reel Rock and Sender Films. The prize sponsor just happened to be one of the main companies I had started researching – Skratch Labs. This was a huge boost for me, and the perfect starting momentum to get things rolling.

I began focusing more on nutrition than I had ever considered. Researching hydration, nutrition, recovery, anything I could. I knew there were big gaps in my performance, despite my achievements in Alaska, and first things first was fixing those holes.

Next came a stricter training schedule. Three sessions a week was the minimum, boulder and routes. I needed balance. 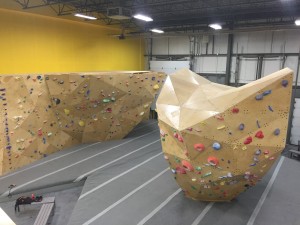 Within the first two months the results were drastic. I began sending C5 boulders (for anyone familiar with Calgary Climbing Centre you will understand this grading system) and flashing 11b/11c routes. I feel stronger, more focused and generally in the best shape of my life, and it keeps going up from here, things could only get better…

Shortly after my return from Alaska, we set off for a weekend in Whistler/Squamish. My first time to Squamish. I blew my knee out warming up at the campground boulders and basically ended the trip right there and then. An easy rock on to my left foot and my knee lost all tension and strength and collapsed. It took several days for the full swelling to set in, but the discomfort and pain was pretty instant. I began seeing doctors a few weeks later when anti-inflammatory’s and wrapping had no effect.

Six visits to four doctors turned up nothing but best guesses. However, thanks to the best “right place, right time, right people,” and a little extra support in the right places, I was rushed for an MRI which happened just last week. My fingers are crossed for good news. In the time since all the doctor visits though, the healing has propelled immensely! There is definitely some deep rooted damage inside the knee, but full day-to-day use is back to 100%, I am climbing over 80% on it again (with a big exception of my beloved heel hooks), and the pain has subsided drastically. Two months on pain meds everyday was a lot for me, so its huge to be off them now.

And last, but certainly not least is the biggest news of all possibly…

It has begun. My 7 Summits bid begins in 2 weeks, with Mt. Kilimanjaro, in Kenya, Africa.

7 days on Kili (including Christmas), 4 days on safari (including New Years Eve) and 3 days to explore Arusha and the surrounding area. What a way to end this year and ring in the next.

Stay tuned for more on Africa2015, the full report on AlaskaBound2015, and what’s coming in the new year! Check back regularly as the new site will continue to grow and develop.