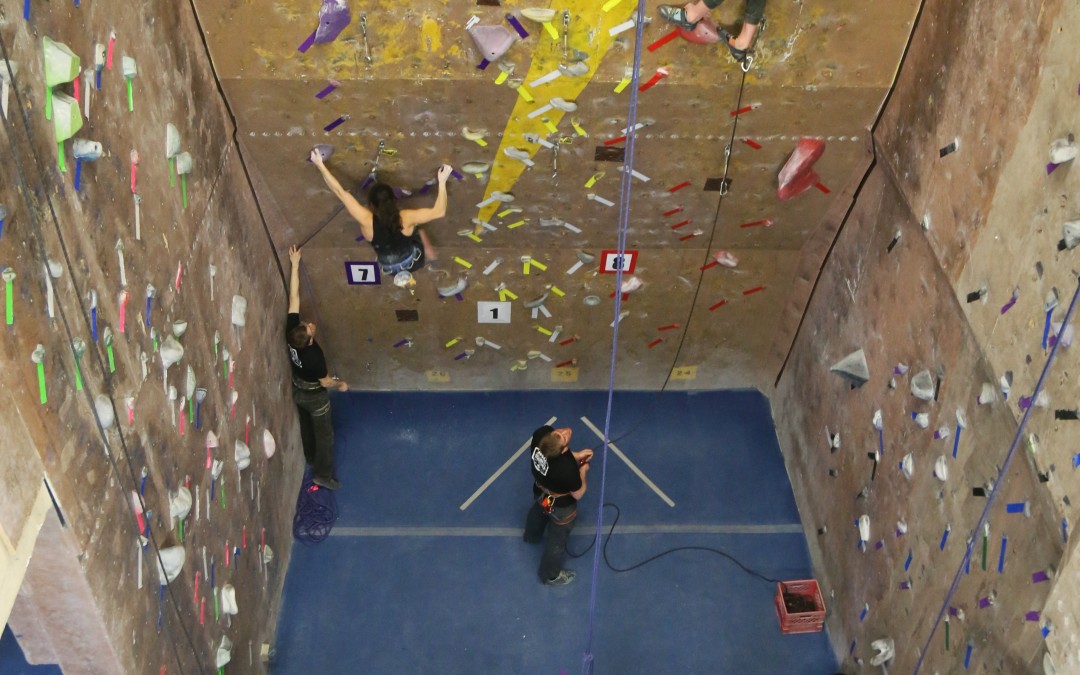 It was exciting to be mixed in with the action. It was the first comp I have had the opportunity to attend at The Stronghold. It was also a great opportunity to test out my new camera [Canon 6D] in a different environment – And boy was I impressed.

2 1/2 hours, and roughly 465 photos later I came away with not only a great collection of photos, but an increased appreciation for my new piece of hardware, and a renewed energy – For climbing, photography and adventure in general – Winter has a way of bogging us down now and then. Combined February blues with an over-loaded work schedule, and the more enjoyable things in life have a tendency to fall to the side if we aren’t careful.

There are many “Guidelines” in climbing photography, but not a lot of “Rules” as it were. As well, there are many “don’ts” to accompany the “do’s”. But climbing photography, like any other art, should allow you the chance to explore the forbidden rules, and let you add exceptions to any rule. Why not, right? If you have the time to venture into scary or rarely ventured territory, do it!

Below are a few of my take-away “Points” – Not rules, just loose guidelines:

Spotting on an overhang lead.

Point #1 – Stay out of EVERYONE’s way – There’s a lot of commotion at an event like this, in a small area, and most of the people around have a much more important role than you.

Point #2 – Camera’s freak people out – Not everyone wants to be “in the spotlight” even when they know all eyes are on them. Be subtle when you can. It can be straining enough when you’re pump out, moving into a crux section only to look up and have a fat lens aimed right at your face.

Point # 3 – Always be ready. Climbs are going on constantly, and climbers are in constant motion. Pay attention when the crowd gets excited – Something exciting is happening and you should probably be shooting it.

Point #4 – Eyes, emotion and expression – It can be hard to get positioned for a good view of your climbers face when you are generally always behind them – as was the case here – no viewing areas directly over the climber. Be ready for any chance to get some life in a shot. Take time to study a route before hand, look for any chance where a climber might turn their head and body – a sharp twist, cross, or drop knee, a big pull on a heel hook, or an overhang where a climber might rest and look up to scout a sequence.

Prepping to clip on a Headwall Lead.

On a final note, I’ve heard a lot of photographers say not to waste time on shots of climber chalking up, or sequencing before a climb. But there is so much concentration and creative energy in those few moments before they hit the wall, it can add some nice alternative emotion to a photo set, I think.

Definitely looking forward to more of this style of shooting to come.